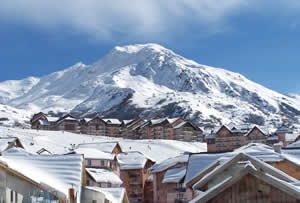 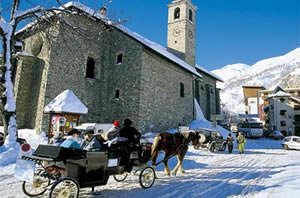 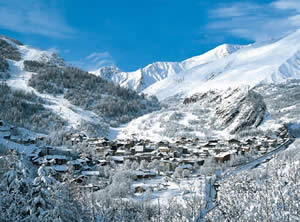 Valloire is a traditional style French resort at the crossroads where the Northern and Southern Alps meet at the Galibier pass.

This pass, a famous feature of the Tour de France, is the natural frontier between the south and the north of the Alps. Two famous national parks are not far away - the Vanoise and the Ecrins.

Valloire was built around a 17th century Baroque church for centuries was a typical farming community. While Valloire retains its traditional, rural village ambiance, Valmeinier over the mountain has two levels at 1800m and 1500m. One is a compact, modern resort with doorstep skiing, and the other is an authentic village.

The ski area shared by these two resorts has 150km of pistes. Around 70% is above 2000m, this, along with an extensive network of snow cannons and predominanlty north-facing slopes, means that snow conditions are remarkable.

The lightly wooded terrain is varied and some of the runs are as long as 1000 vertical metres. There is an above average choice of runs for beginners both for starting and progressing. Intermediates have a good choice of runs from wide reds to gentle blues. The blacks like the long 'Cascade' will test many experienced skiers. There is also a Snow Park & half-pipe. Off piste can be explored with a guide - and often remains untracked even several days after a fresh dump of snow.